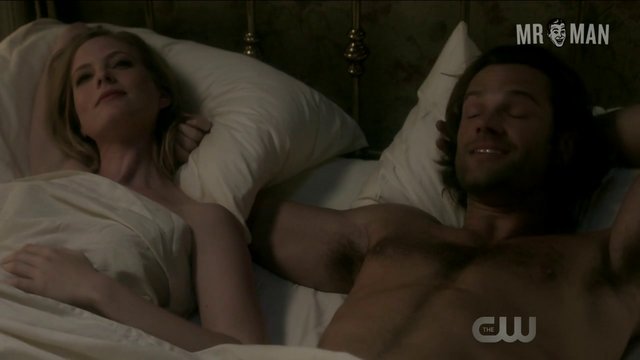 Supernatural (2005-2017)
Sexy, shirtless Ep. 12x02 | 00:01:02 Jared Padalecki has come a long way since Gilmore Girls, and here bares his hairy chest after having sex with a chick!
advertisement

Supernatural (2005) is the super spooky series about two brothers played by Jared Padalecki and Jensen Ackles who are hunters of evil, fighting supernatural beings and monsters of all kinds. They follow in their father's footsteps who was also a hunter of the supernatural, but these two brothers are very different.

We think Jared Padalecki's bare chest might be supernatural because his sexiness is out of this world. The hottie goes shirtless in a few scenes, showing off how grown up he is since his early acting days in Gilmore Girls. Those girls would be all over him now!