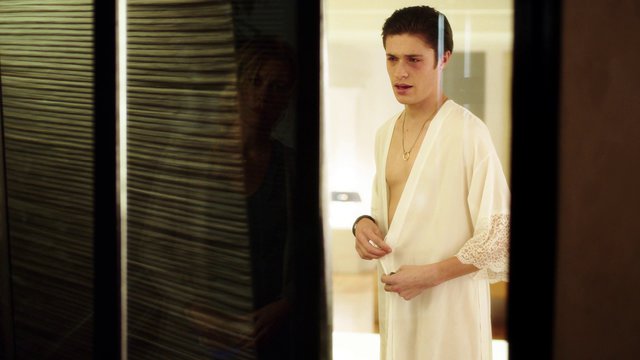 Surrogate (2017) is about a young woman named Jane Martin who gets recruited by Doctor Faye's clinic for healthy sex. Jane, however, doesn't respect the doctor's rules and becomes too close with the patients which ends up putting her in danger.

We would gladly be put in danger to have sex with the hunky Martijn Lakemeier who pulls off his pants and underwear to expose his brilliant cock and balls. Gijs Blom does something similiar when he shows cock while he wears a flimsy robe. Micki Stoltt shows us full nudity while he showers - it's a shower that's making us feel dirty. He later gets nude for a girl on the couch to let us admire his firm firmament. Micki has another nude scene when he gets into the tub. This fella loves to bathe! Finally Jonathan Harboe pulls his shirt off to show one sexy happy trail as well as his sculpted abs before the camera pans to his juicy junk.