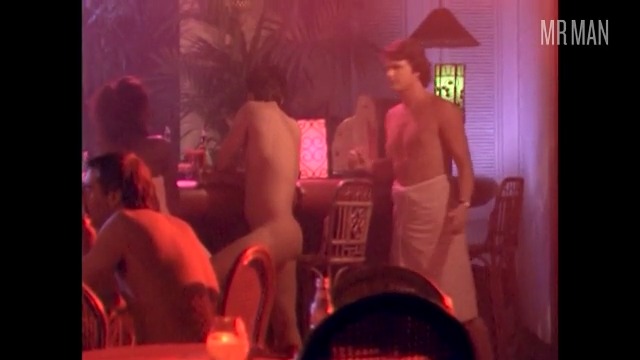 Set at the height of the gay disco and drug scene’s frenetic good times in 1970s San Francisco, Tales of the City (1993) stars Laura Linney as Mary Ann Singleton, a young secretary living in Cleveland who takes a vacation to the Golden Gate city and decides to stay.  Given a cast full of hunky dude skin, and lots of homoeroticism to boot, we don’t blame the girl for wanting to stay. While a young Thomas Gibson shows a sliver of sensual ass after making love to his on-screen wife, it is Bill Campbell that does the heavy skin lifting when he drops loincloth to reveal a ravenous round rump while in a gay bath house. Yep, it’s time to feast on the sexy display of men in this city by the bay!