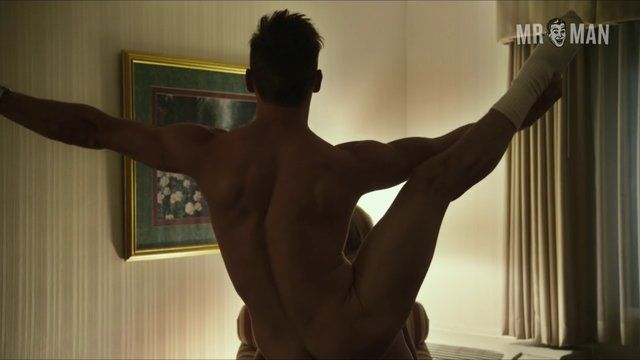 Hilarious sports comedy The Bronze (2016) pokes fun at the world of professional gymnastics, while the movie’s hot dudes will have you doing some poking of your own! In order to receive $500,000, has-been gymnast Hope (Melissa Rauch) must train plucky up and comer Maggie (Haley Lu Richardson) for the Toronto Olympics. Since Hope isn’t yet ready to admit that she’s no longer on top of her game, she seeks to destroy Maggie’s career while also making bank. You’ll have more than just chalk on your hands when you see an insane sex scene that brings buns from both Sebastian Stan as well as his body double Chris Silcox. We’d like to get these two on the parallel bars!