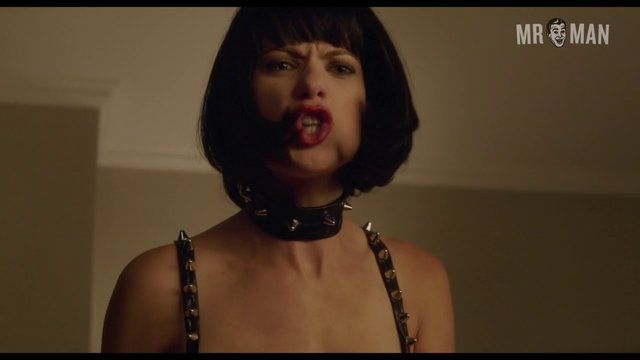 The Escort (2015)
Sexy, underwear, straight, shirtless 00:00:38 Dan Bakkedahl is a bad baby, but he's a good man for showing off his nice dad bod!
advertisement

The Escort (2015) is a romantic comedy with a naughty, modern twist. The unfathomably gorgeous Michael Doneger plays Mitch Cooper, a young journalist with an addiction to sex. His professional life is consumed by random hook ups through dating apps uto the point that he loses his job. In need of a groundbreaking story to get back into the writing world, Cooper convinces educated prostitute Natalie (Lyndsy Fonseca) to let him shadow her life. The unlikely coupling allows the two to bond over their sexual shenanigans, and although we don’t want to ruin the anything, they may or may not end up finding a sense of belonging in the most unexpected place – each other! This is a romantic comedy after all. You’ll need to escort yourself to a private place when you see Doneger’s delicious fuzzy chest, as well as some crazy dad bod action from Dan Bakkedahl.