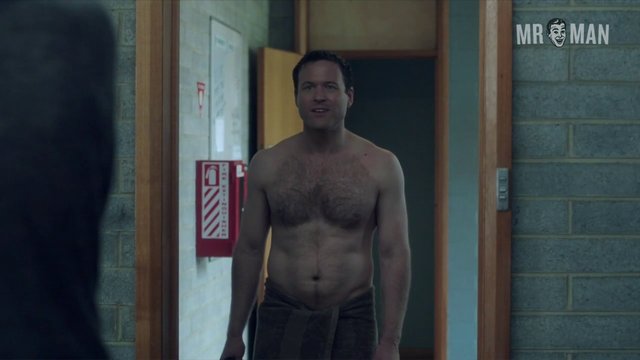 The Kettering Incident (2016)
Sexy, shirtless Ep. 01x01 | 00:34:50 Henry Nixon gives us a look at his hot hairy bod while wearing only a towel at the police station.
advertisement

The Kettering Incident is an Australian series created by Victoria Madden and Vincent Sheehan and starring Elizabeth Debicki and Matthew Le Nevez. The drama follows Dr. Anna Macy who finds herself linked to the disappearances of two girls in the small town of Kettering. When she was a teenager in Kettering her best friend went missing. Fifteen years later, the grown up Dr. Macy returns to her hometown when another girl goes missing. The disappearances are too uncanny to be coincidental, so Dr. Macy goes on a quest to uncover what really happened to her friend and in doing so she stumbles upon juicy secrets that may threaten her town's happiness. We're sounding an ab alert in the very first episode when Henry Nixon appears on screen shirtless. After all these creepy disappearances, it's important to take a quick skin break. Perhaps his rock hard abs are the key to uncovering the truth in Kettering! In an episode called “Madness” the mesmerizing Matthew Le Nevez strips down for our viewing pleasure. First Matthew breaks out that amazing ass for us while getting frisky with a foxy female. Then we get a look at Matt’s magnificent bare chest as he lies in bed post coitus. Now if only this alluring Aussie would show us his down under!