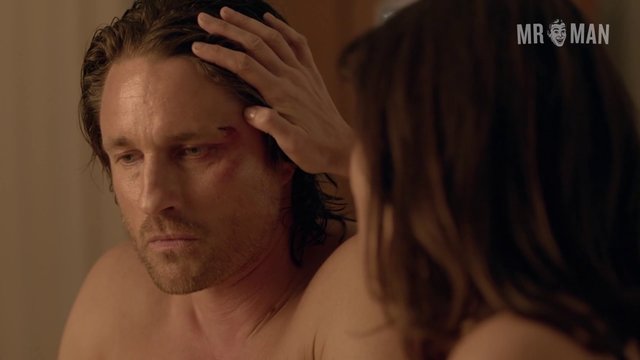 Secrets & Lies (2014)
Sexy, shirtless Ep. 01x03 Martin comes straight from the shower into an argument with his wife.

The six-part television series Secrets & Lies tells the story of Ben Gundelach (Martin Henderson), a thirty-nine-year old painter and father-of-two, who stumbles upon the body of a four-year-old boy, Thom Murname (Hunter Stratton Boland), and unexpectedly become murder suspect number one, ultimately putting his life and family at risk. As lead investigator Ian “The Vulture” Cornielle (Anthony Hayes) digs his claws into the case, he begins to find out everybody in the close-knit neighborhood has their own secrets and lies. But it’s no secret that Ben Lawson is sexy, especially after you see a bit of his backside during a backyard tussle with his gal. Not to be outdone, Martin Henderson shows his amazing physique as he emerges from the shower and has a heated discussion with his wife. These are two dudes Mr. Man would love to lie with!