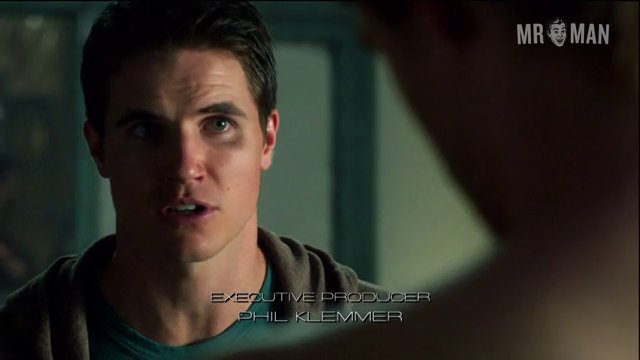 ‘T’ is an important letter on the sci-fi series The Tomorrow People. Rebooted from the 1970s British TV series of the same title, the titular group is composed of genetically evolved individuals with special powers labeled the “three T’s”: telepathy, teleportation, and telekinesis. The action centers on Stephen Jameson (Robbie Amell), a freshly minted member of the super gang that’s trying to make sense of his talents. Stephen’s father, the most powerful People, has long disappeared while trying to find safety from Ultra, an evil organization that hunts and eradicates The Tomorrow People. Will son ever find his dad? Tune in and find out. Also, tune in to check out Robbie’s ripped physique in the episode titled “Girl, Interrupted”. Robbie will have you skin-terrupting prime time for some self-pleasure!