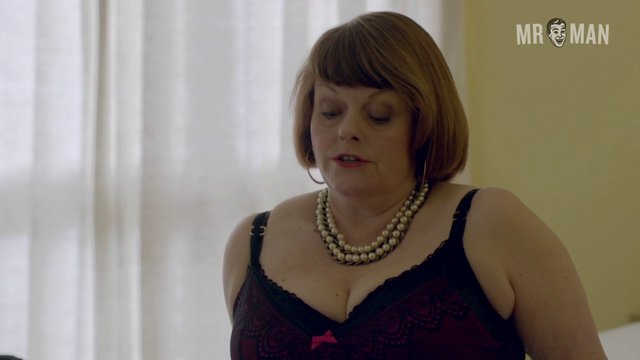 Academy Award winner Jane Campion lends her pen to a thrilling new mini-series in Top of the Lake. Twelve-year-old Tui Mitcham (Jacqueline Joe) was five months pregnant when she suddenly disappeared from her small mountain town. Detective Robin Griffin (Elisabeth Moss) returns home to take up the case, but every clue draws her deeper into her own mysterious past. Speaking of uncovering things, Kip Chapman provides some glances at his butt, pubes, and near penis in two different fleshy scenes. Kip will have you solving the mystery of your aching loins! Ewen Leslie joins the party, showing bare ass and balls as he goes to hook up with Elisabeth Moss and then dons his swim trunks for a dip! Lincoln Vickery plays a horny gamer who wears a sexy pair of camo briefs to bang a woman named Cinnamon, and David Dencik shows off his bare ass on the bed. Kirin Callinan and Nicholas Ashley O'Connor give each other underwear-clad massages (yum) and Thomas M. Wright goes fully nude to have sex with Elisabeth Moss in the woods! Top it off with Peter Mullan in a towel and Oscar Redding going shirtless in a sex scene of his own, and you'll have yourself your very own puddle!