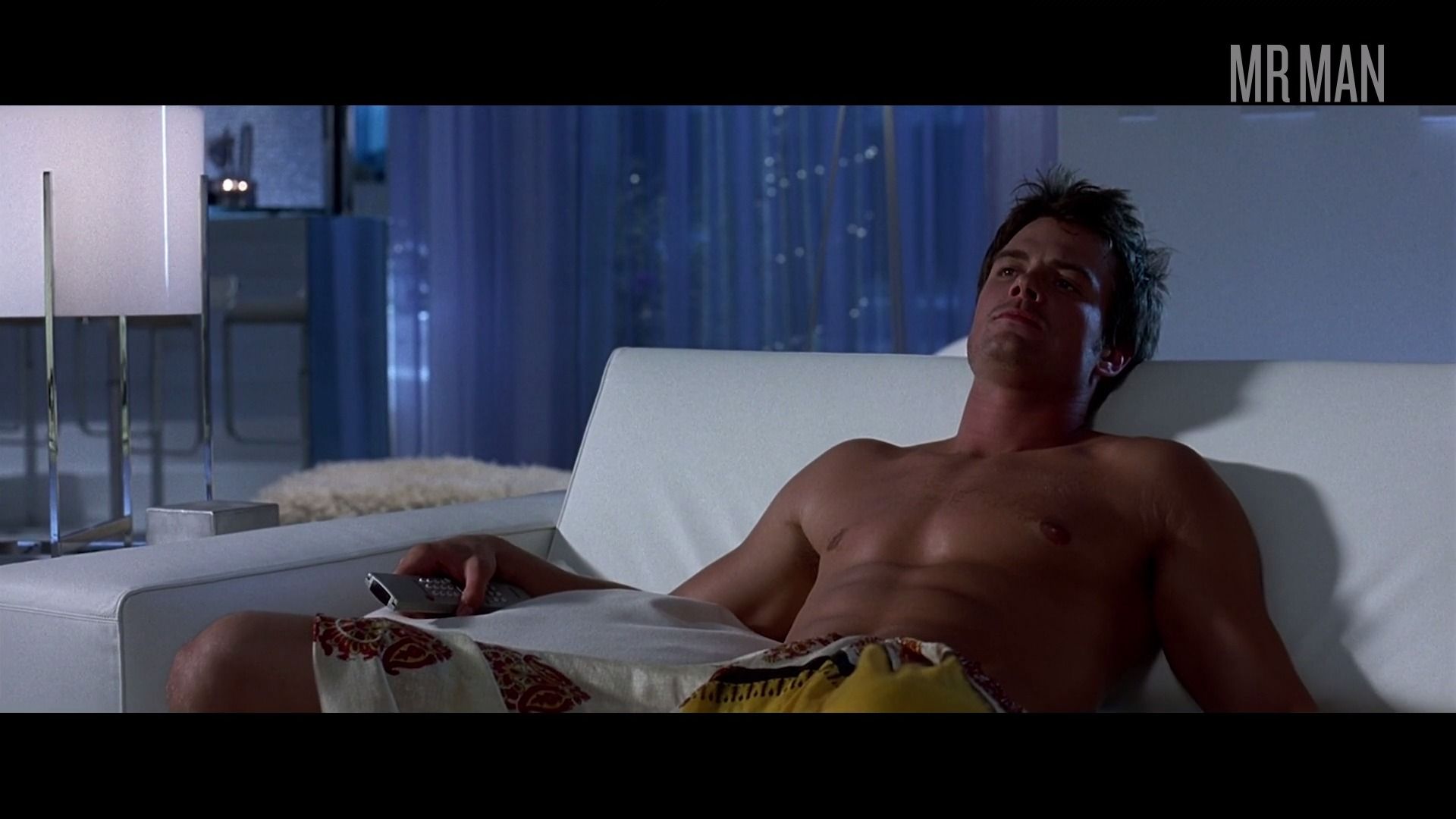 Win a Date with Tad Hamilton! (2004)
Sexy, shirtless 00:09:19 Josh does some shirtless smooching with his lady friend.

West Virginia mountain mama Rosalee has got a big heart and lofty dreams. More than anything in the world, she wants to win a date with Tad Hamilton (Josh Duhamel), and in Win a Date with Tad Hamilton! (2004), that's exactly what she does. What a coincidence! Tad is a movie star with a bit of an image problem. His handlers, (Sean Hayes and Nathan Lane), cook up the dating contest in order to put the kibosh on the "bad boy" talk. When Rosalee wins the contest, things go better than expected, which should be great, except for the love triangle it creates between the movie star, the grocery clerk and her lovelorn best friend (Topher Grace).

Duhamel and Grace are both delectable teen dreams who build up a fantasy rather than deliver much skin.  Keeping true to the title, there are a few prize winning shots of Duhamel’s skintastically buff bod that will make your dreams come true.  He loses his shirt a couple times revealing sculpted abs and a chiseled chest.  In one scene he keeps his shirt on, but his pants off and shows off his firm seat meat encased in some tight underwear.

Sexy - as Richard Levy the Shameless