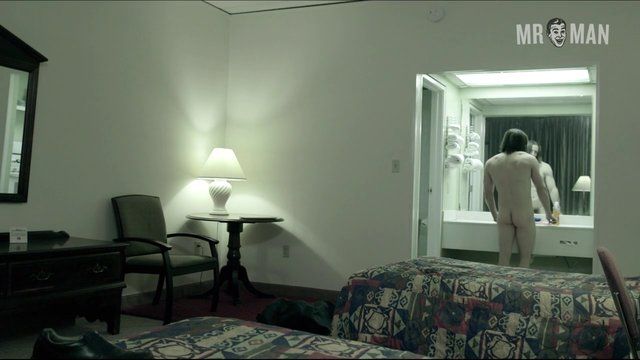 Before we get into the review of Androgynym (2016), we want to say that this flick is not for the faint of heart. Don’t say we didn’t warn you! Writer, director, and star Nick Iway turns the horror genre on its head with a truly unconventional and creative plot. Nym (Iway) is a crook working for a crime lord who gets knocked off by some rivals. Without his boss’ protection, Nym must go on the run to escape his baddie competition. Used to having his way with as many girls as he wanted, the sexually insatiable Nym has trouble adjusting to his isolated life on the run. He has so much trouble adjusting, in fact, that he cuts off his cock as a way to deal with his sex withdraw. The real plot twist comes when he forms a romantic relationship with a man, and begins to consider himself a woman. Not yet out of the talons of his dangerous pursuers, will Nym have a happily ever after? While the nudity here is tinged with the doings, or undoings, of a knife, if you can get past the movie magic, Nick Iway is a creamy mound of man meat with a gorgeous ass!