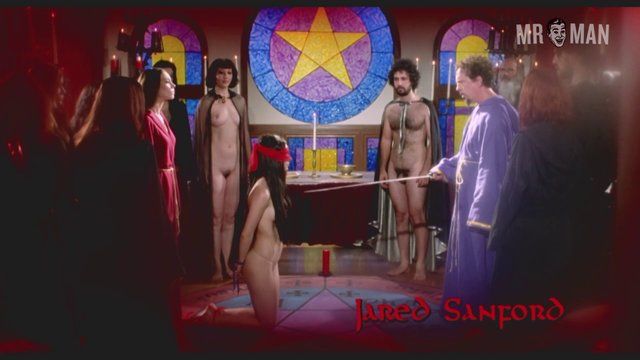 If you think The Love Witch looks like a 70's giallo-style film, it's because that's exactly what the director was going for. It takes old technicolor horror films and spins them, this time telling the story of a young witch named Elaine whose husband recently died from a poisoning. She moves to San Francisco, where she starts seducing men while she looks for love, often making potions and using her "sex magic " (which, it would seem, is just regular sex). The potion makes them a tad too emotional - so much so, that they end up dead. Luckily, we get to see quite a few of these fellas strip down in the name of love and witchcraft. Jeffrey Vincent Parise plays one of her victims, and we get to see his bare butt and his stellar bod when he hops in bed with her. The hunk of man muscle Gian Keys dons nothing but a pair of briefs while he's changing at a Renaissance fair, and Max Karson goes full frontal during several witchcraft ceremonies with a few uncredited guys. This seems like a group of people we'd love to hang around!