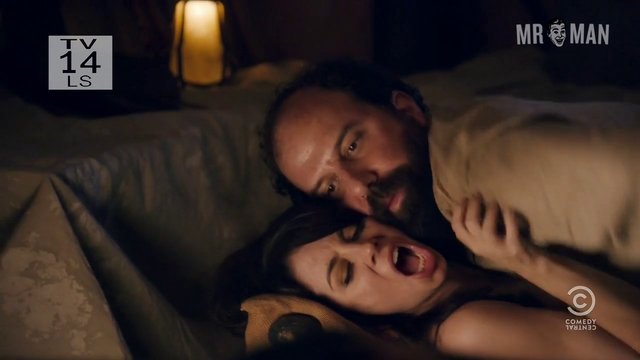 Funny ladies Riki Lindhome and Natasha Leggero created and star in the series Another Period, which debuted on Comedy Central in the summer of 2015. Set in the early 20th century, the show follows the obscenely rich and powerful Bellacourt Family of Rhode Island and chronicles their lives and the lives of their many servants. It's kind of like Downton Abbey meets Jane Austen meets The Zucker Brothers. Or like the last-century version of the Kardashians. Since it's a Comedy Central series, don't expect much actual nudity in the show—except for a sneak at Brett Gelman's butt as he bones (or tries to bone) a lucky lady and Darrell Thomas' seat meat when he poses for portrait. Beyond that, there's a sexy shirtless Michael Welch hanging out in the lawn for a picnic!