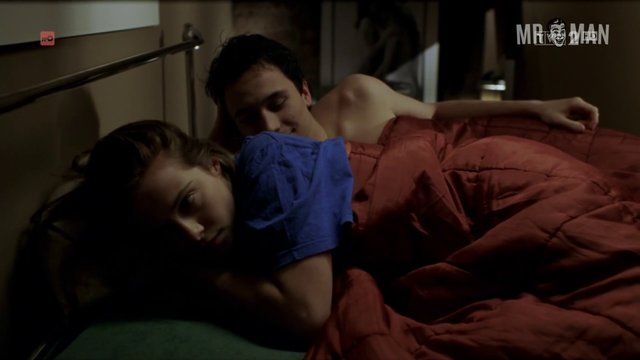 Billboard (1998)
Nude, butt, penis, balls, shirtless The scrumptious Rafał Maćkowiak shows cock, balls, and a gorgeous ass after getting out of bed and running off. Come back to us!
advertisement

Polish mystery Billboard (1998) is set in Poland shortly after the collapse of the Soviet Union and the fall of communism. The building once belonging to the Communist Party’s Central Committee is now home to an up and coming advertising agency. The agency is doing well and thriving under the new capitalist regime, but when their star model goes missing things are thrown into turmoil. The agency sends Kuba (Rafal Mackowiak), the agency’s casting director, to find her, but instead he discovers a new girl. If he can hold his chaotic life together he just might turn her into a star and fall in love with her.

Rafal goes full frontal when he comes into the bedroom and gets undressed. He pulls off his underwear and lets us see his ass as he makes a move on the girl that is in bed but she wants none of it.  She grabs a Taser and chases him, letting us get a quick look at his twig and berries as he bolts.