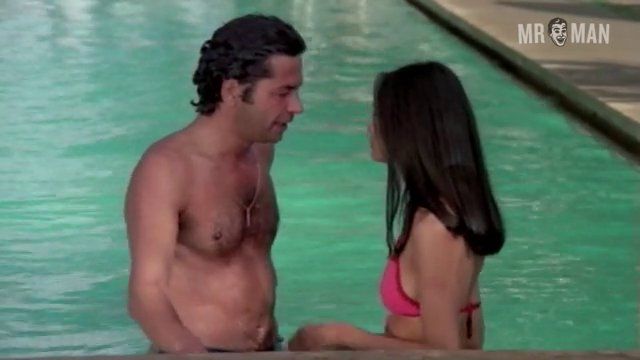 Laura Gemser stars in Black Emanuelle (1975), a softcore Italian/Spanish film, in which she plays a photojournalist named Mae Jordan, better known to her readers as Emanuelle.  After traveling to Africa to explore her own racial and sexual identity, Emanuelle begins individual affairs with her hosts, a married couple.  And they say unicorns don't exist!  Either due to its production in Europe or the fact that the 70s were a bit more "free love", the term "softcore" is used liberally at best.  In the film, Angelo Infanti, who plays the husband/host, is not shy about showing a well sculpted ass in one shower scene.  Infanti also teams up with a body double, receiving an onscreen blowjob from Emanuelle in bed and in the shower, not to mention, some penetration as well.