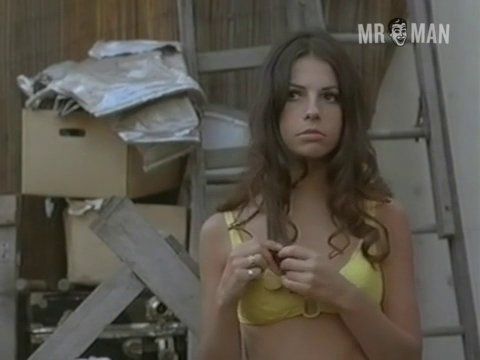 Blood and Lace (1971)
Sexy, straight, shirtless 01:01:38 Ronald Taft gives us some retro ripples as he hangs out shirtless while talking to a chick!
advertisement

Horror flick Blood and Lace (1971) tells the story of Ellie (Melody Patterson) whose prostitute mother is beaten to death causing Ellie to be sent to an orphanage that is run by a sadist. When she learns that her mother’s killer may be coming after her, the only person that takes any interest in helping her is a detective who has to face off against the killer and the people that run the orphanage.

Ronald Taft brings the sexy to this scary movie. In one scene we see him shirtless when a woman walks in on him on top of a woman he is hooking up. We later see him shirtless again when he takes out the garbage wearing only some tight jeans. As he lifts the trash can his muscles bulge and we get to admire his fine frame.