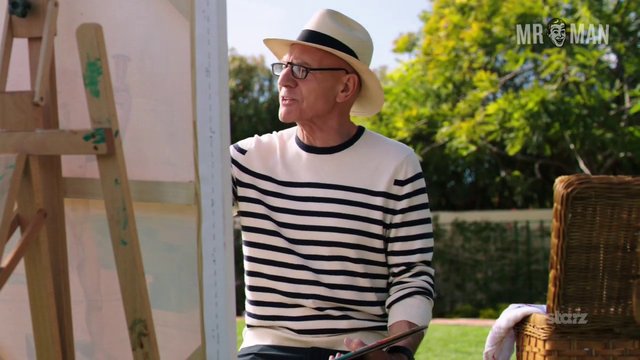 The Starz channel original series Blunt Talk follows British news anchor Walter Blunt (Patrick Stewart) as he moves to Los Angeles in hopes of starting life anew. This public figure has a habit of doing massive amounts of drugs and alcohol, and leaves behind a series of failed romances and severed friendships. In Blunt we see Walter and his equally addicted man servant Harry Chandler (Adrian Scarborough) humorously navigate the road to stability in the City of Angels.

While Patrick Stewart is best known for his dramatic role as Captain Jean-Luc Picard on Star Trek: The Next Generation, the bald British beauty has a wide range of acting credits under his belt ranging from Shakespearian stage performances to voice work on Family Guy and American Dad. Blunt Talk is the much needed vehicle that allows the accomplished thespian to express his full array of talents. As you will see in Blunt Talk, the only thing more impressive than Patrick Stewart’s ability to defy genres is his body’s ability to defy science. It must be all those years in space.