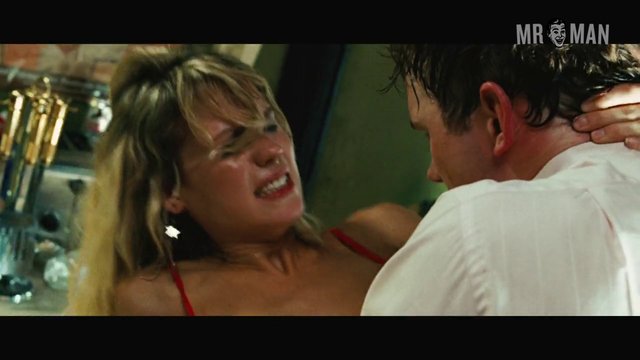 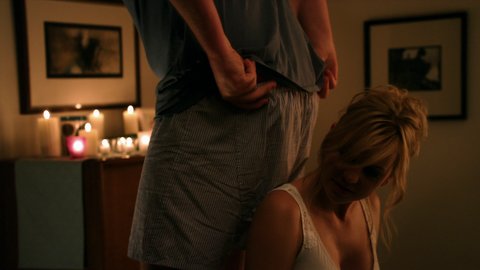 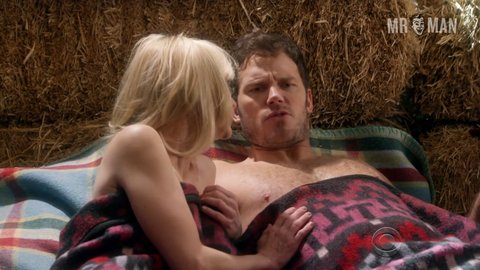 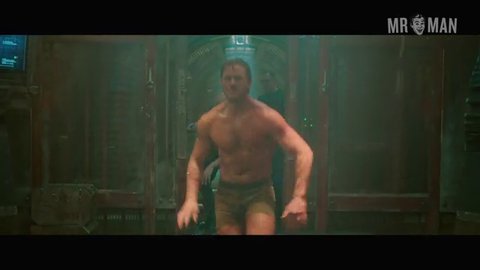 The path to stardom for Chris Pratt hasn’t been easy. Before the Minnesota-born beefcake was heating up the boob tube with recurring roles on the shows Everwood, The O.C., and Parks and Recreation, he was barely making a living as a salesman, a stripper, and a waiter. A chance meeting with actress/director Rae Dawn Chong while he was waiting tables at a popular chain restaurant sparked Chris’ career in the world of entertainment and earned him a small role in the short film Cursed Part 3 (2000). Yeah, we didn’t see it either, but Chris got our attention when he teased a look at his tail in the hit action flick Wanted (2008).

Like most everyone else, we wanted more flesh from Chris, but the hunky actor made us wait in feverish man-ticipation. Five years later, thanks to the comedy Movie 43, we got a quick look at his rump. The handsome hunk got his real taste of stardom, thanks to his starring role as Peter Quill aka Star-Lord in the blockbuster comic book film Guardians of the Galaxy (2014). 2015 brought another starring role in a blockbuster, Jurassic World, but Pratt was a real nutbuster with his epic ass out scenes in the space odyssey Passengers (2016)!

6 Pics & 2 Clips
Nude, butt, shirtless, prosthetic Why so shy? Chris Pratt flashes his fake ass while getting pumped in the hospital by a ruthless nurse!
Nude, butt The gorgeous Chris Pratt makes a run for it in a hospital gown with a little something extra between his cheeks!