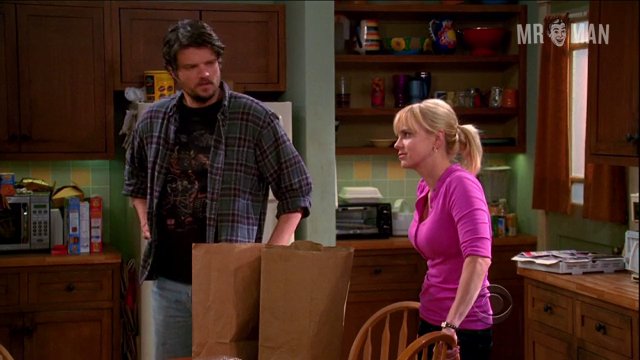 A newly sober single mom played by Anna Faris moves back in with her mother (Allison Janney), herself a recovering addict, on the CBS sitcom Mom (2013). Like all Chuck Lorre productions, Mom swings squarely for the middle, though things get a little more lively when young stud Spencer Daniels shows his smooth shirtless chest casually munching on a banana. Hey, save some for the rest of us, Spencer! The sexy Spencer also shows off that bodacious bulge in a pair of tighty-whiteys. Anna Faris says she doesn’t want to see his “shapes” but we wish he’d show more! We also get some tasty nudity from Nick Zano as he rips a bong while shirtless in bed. The super hunky Harry Hamlin also strips down for our viewing pleasure, giving us a look that that charming chest hair after he and Anna Faris finish boning! Last but not least, the mouthwatering William Fichtner gets sexy and shirtless in bed with Allison Janney. This show is surprisingly sexy for broadcast television. Keep it up, CBS!