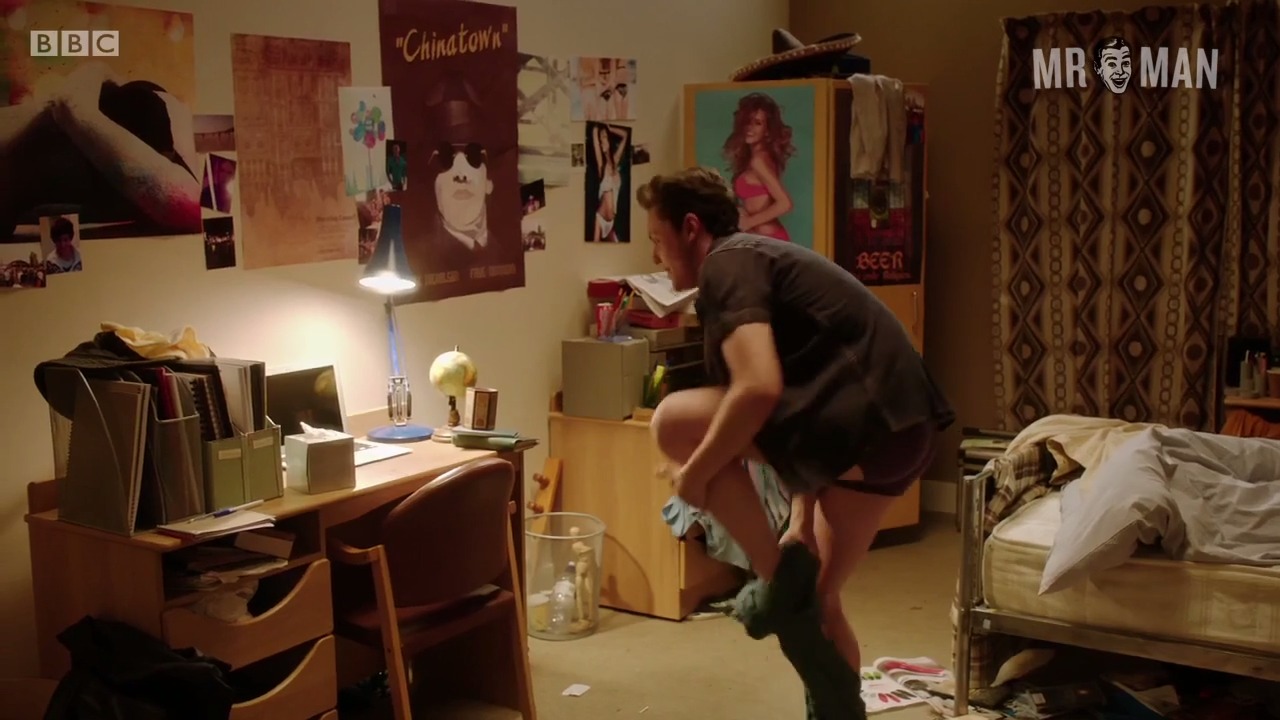 Cuckoo (2012-)
Sexy, underwear, straight Ep. 03x05 Tyger Drew-Honey gets down to his skivvies to choke the chicken. Unfortunately some horrible girl doesn't appreciate what she's got!

When it initially aired, the BAFTA-nominated BBC series Cuckoo was the third most watched comedy ever for the network. The show centers on a reserved British family’s daughter who picks up something unexpected during a summer in America - a stoner boyfriend! Cuckoo (Andy Samberg) is an idealist hippie whose life views are antithetical to everything his new girlfriend’s family stands for. As we know from most comedies, oil + water = hilarious hijinks! You won’t be doing any laughing when you see cutie Tyger Drew-Honey strip down to his undies while engaging in an implied jack off session. Even though his girlfriend tries to let him down soft, we like knowing that he’s hard!