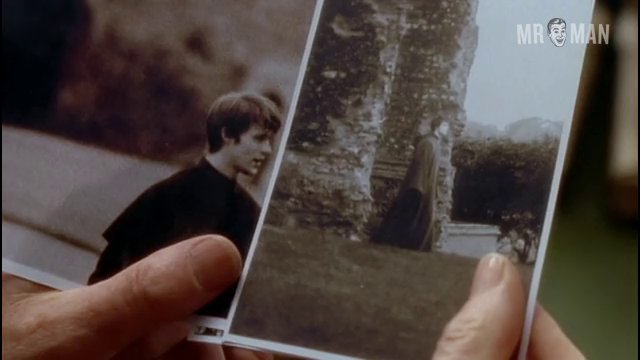 The BBC mini-series Death in Holy Orders (2003) follows the first case of the new Scotland Yard commissioner Adam Dalgliesh (Martin Shaw). He is asked to reopen a case involving the death of a seminary student, whose official cause of death was listed as being crushed by a sand dune. While he can't find any discrepencies with the original investigation at first, when the woman who discovered his body dies under mysterious circumstances, Dalgliesh begins to think that there's more to this story than he initially thought. One of the other students at the seminary is played by Jesse Spencer, and his skinny dipping excursion gets a lot of replay throughout the film! Every time we see the scene, despite the different circumstances surrounding it each time, we also get to see his nice, round rump!