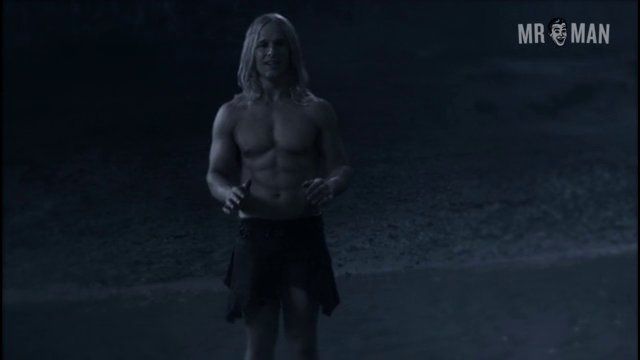 Adventure comedy Dudes & Dragons (2015) is a fantasy romp where an evil wizard kidnaps a beautiful princess and attempts to marry her. When she refuses to marry him he locks her in the dungeon and releases an evil dragon that wreaks havoc on the kingdom. Desperate to stop him, the princess sends a magical dragonfly to find a warrior who can kill the dragon. The dragonfly locates a warrior who knows how to kick ass, but has a very complicated personal life that constantly gets in the way.

Maclain Nelson plays the dragon slayer and there is nothing complicated about his level of sexy. We get to check out his sexy upper body when he steps into a lake to talk to a mysterious, magical woman. His abs and pecs look fantastic as she pulls him underwater so she can get a slice of that sexy man-cake.