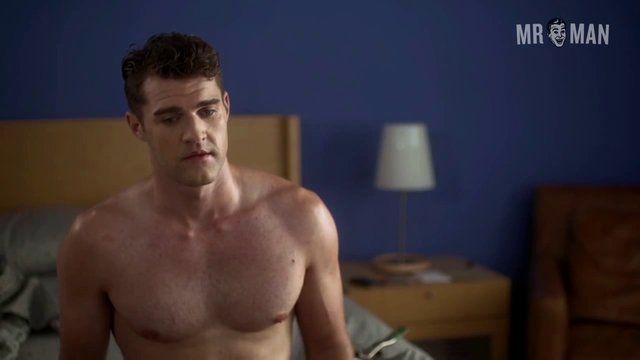 Foreign Relations (2014)
Nude, butt, gay, shirtless, penis, balls We would um... like to borrow that towel when you're done with it please. Anthem Moss exits the shower completely nude before Kevin Grant Spencer lends a helping towel to show us his buns! The two then start making out after comparing dongs!
advertisement

The short film Foreign Relations (2014) is about the complexities of the gay male identity as well as the great things that happen when two hot men get it on. Tom (Kevin Grant Spencer) decides to go on a tour of the Mediterranean where he is assigned a random roommate, Nikos (Anthem Moss). Although he develops feelings for Nikos, shy guy Tom keeps things bottled up until he realizes that Nikos is indeed gay, after which Tom is finally able to explore. In addition to some sexy ass shots Foreign Relations brings us some full frontal from Anthem before he wraps Kevin’s towel around his waste. In one of the sexiest non-nude scenes we could imagine, the two hunks talk about their penises to each other. Cut, uncut, we’ll take whatever you’ve got!