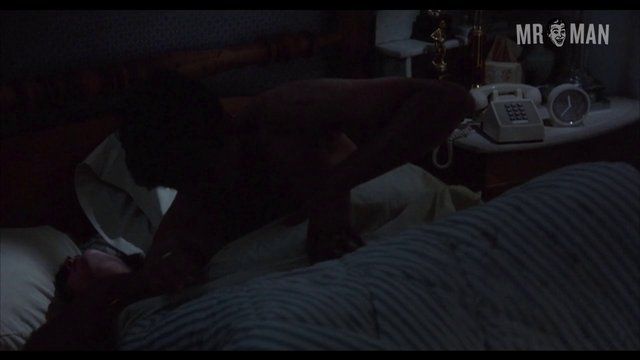 Into the Night (1985)
Sexy, shirtless 00:14:24 Jeff Goldblum takes us back to his younger days, rolling a woman off his chest to get out of bed sans shirt!
advertisement

John Landis is best known for hits like National Lampoon’s Animal House (1978), The Blues Brothers (1980), and Trading Places (1983), but some of his films were not quite so successful at the box office. One of these less known films is the comedy thriller Into the Night (1985), which tells the story of a sad insomniac played by Jeff Goldblum who tries to find happiness (or at least a reprieve from depression) after finding out that his is having an affair. His life is a mess, but it’s an interesting one, as we follow along throughout the film. We see young Goldblum’s gloriously hairy and fantastically toned upper body when he gets out of bed in one scene, and that certainly cheers us up. In another scene, too, we get a nice view of the massively ripped Jake Steinfeld’s insane upper body (as well as of his impressive bulge) when he strips down to his underwear.