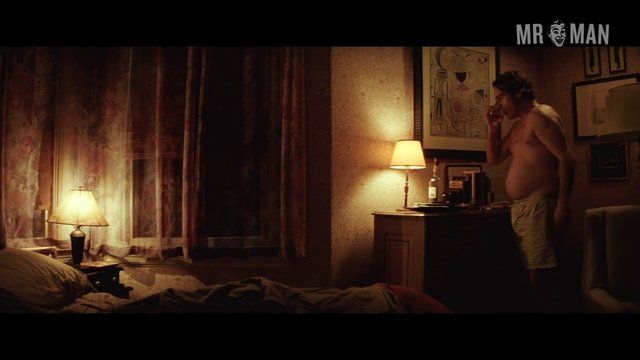 Irrational Man (2015)
Sexy, shirtless 00:33:00 Joaquin Phoenix is all dad bod as he gets out of bed to grab a drink by the dresser.
advertisement

Woody Allen’s Irrational Man (2015) tackles the complexity of moral judgment, and dissects the ideas of right and wrong through a murder. Jill Pollard (Emma Stone) and her professor Abe Lucas (Joaquin Phoenix) are presented with the film's initial moral quandary when a women next to them at a restaurant explains that her evil ex-husband prevented her from having custody of their children. Abe, an intellectual who has been enduring an existential crisis, sees this as an opportunity to justify the murdering of the woman’s husband. The dark act in this dark comedy leads Abe to a happier place, and solves the life crisis he was facing. While not destined to be one of Woody Allen’s classics, Irrational Man does fork over the sexy dad bod in the form of a yummy and shirtless Joaquin Phoenix! Now if only we could have seen his Woody, maybe this would have been a hit!