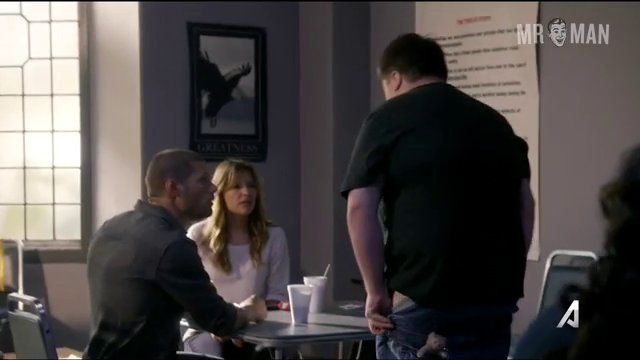 Straight from the always-reliable Audience Network, the gritty television drama Kingdom is set to the backdrop of the violent subculture of Mixed Martial Arts (MMA), and it stars Frank Grillo as Alvey Kulina, an MMA legend and owner of a gym based in Venice, California. Following in Alvey’s footsteps is Nate (Nick Jonas), the MMA legend’s prize-fighting son and the younger brother to Jay (Jonathan Tucker), an up-and-coming grappler with dreams of stardom. Outside of the Kulina clan, there’s Ryan Wheeler (Matt Lauria), a world-class athlete who had the world in his hands but lost it all and had to do time in prison. But it’s not all fighting and submission holds, outside of the gym and the ring, Alvey spends time with his girlfriend Lisa Prince (Kiele Sanchez), who co-owns the gym, and he still has to deal with the drama of his ex-wife Christina (Joanna Going).

If the pilot episode is any indication of what we’re going to expect in regards to nudity, Kingdom is going to give us a royal flush of flesh. So far Jonathan Tucker has led the way with two butt-baring scenes: one while doggie-pounding his girlfriend, the other while going weird with his gun. Matt Lauria adds a quick look of his ripped, tattoo-covered body while getting his photo taken by some weirdo dude. At this point, Mr. Man believes that MMA is an acronym for “More Male Ass”!