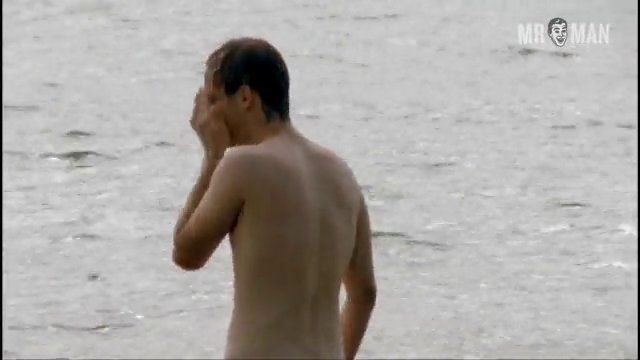 Light Gradient (2009)
Nude, butt, penis, balls, shirtless 00:25:35 You'll have a Gradient in your pants after you see the frontal and backal from hot young pals Sebastian and Eric as they wrestle naked in the water.
advertisement

German flick Light Gradient (2009) is a surreal, atmospheric drama telling the story of a gay couple as they bike further and further into the woods. The story unfolds at a meandering, lackadaisical pace, and through the frivolity of their interactions we are led to understand that the couple - Johann (Sebastian Schlecht) and Robin (Eric Golub) - are deeply in love. A chance encounter with a woman and her son living on a rural farm adds complexity to the journey, as the son seems to have many questions about their gay relationship. You’ll have a Gradient in your pants when you see the insanely sexy scenes here between Sebastian and Eric! Both boys strip down to their birthday suits, and in one scene they have a full frontal wrestling match in a lake. What a coincidence, we’re wet too!