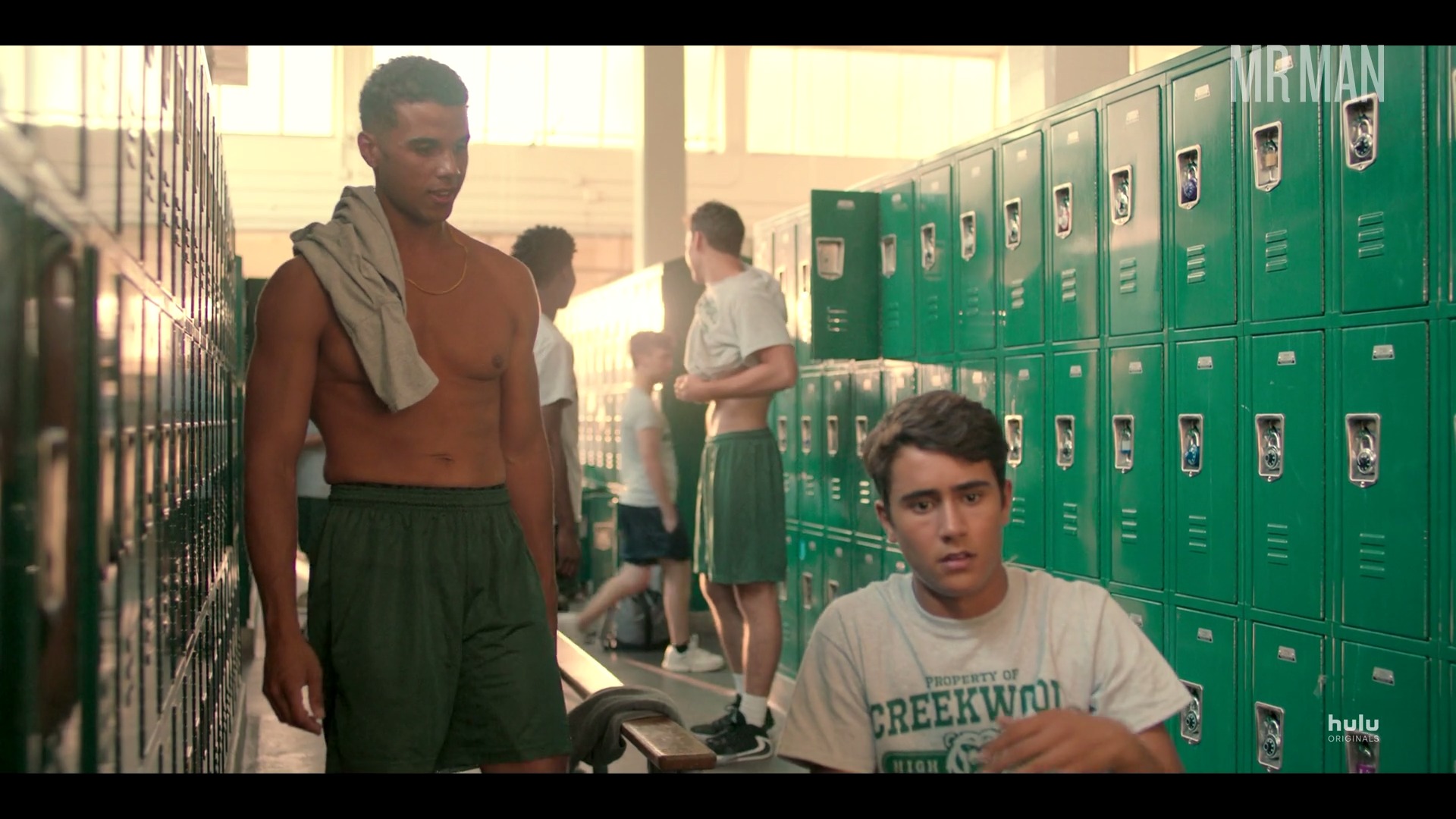 Love, Victor (2020) is an uncanny sequel of sorts to Love, Simon. This Hulu original series follows Michael Cimino as Victor Salazar who just moved to Creakwood High School from a town in Texas. We watch young cinnamon-skinned Victor as he tries to fit in at school on top of adjusting to his sexuality that he's still trying to figure out, making new friends and lovers, and figuring out this new place he lives in all while getting ready to go to prom at the end of the school year. When he starts to get overwhelmed he reached out to Simon for help, but we don't think Victor needs that much assistance when it comes to hanging out with hot men at his high school. These "teens" are looking fierce from George Sear who plays Benji and gets us titillated with his sexy smooches with other men. George Sear makes out with Derek played by Lukas Gage at a birthday party. Happy birthday to us! George also makes out with Michael Cimino. He's everywhere! Michael seems pretty secure in his sexuality after smooching with such hotties. For more sexy men enjoy Mason Gooding who does a gooding job by hanging out in a locker room shirtless as he talks to other guys who are confusingly clothed. There is a towel wrapped around his waist which shows us his beautifully chiseled six-pack abs. Check out those steamy abs in the steamy locker room filled with other men. Love, Victor and love Mason and Lukas and George when they are all hunky in this teen romance.