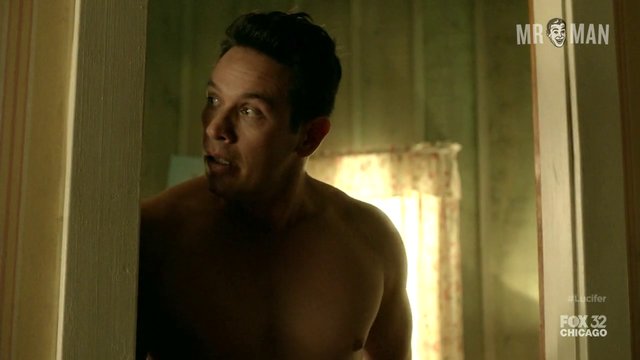 Now this is one hell of a show. The television drama Lucifer takes a devilishly fun (okay, we’ll stop) twist on the cop procedural by introducing none other than Lucifer (Tom Ellis) himself into the crime solving mix. The series is based on a comic book of the same name written by Mike Carey. When Lucifer decides that he’s tired of living in the land of eternal flames, he decides to move to Los Angeles, CA where he operates a nightclub. After witnessing a murder Lucifer gets involved with the police department and soon realizes that the tingling feeling of doing something good might be a sign of possible redemption for the fallen angel. Speaking of a tingling feeling, Tom Ellis could take us to any of the 9 circles as long as we could see his red tail! While he only went shirtless during the series' Fox tenure, in 2019 the series went to Netflix, where we finally got to see his amazing ass when his character visited a nudist colony! The devil's in the deTAIL!