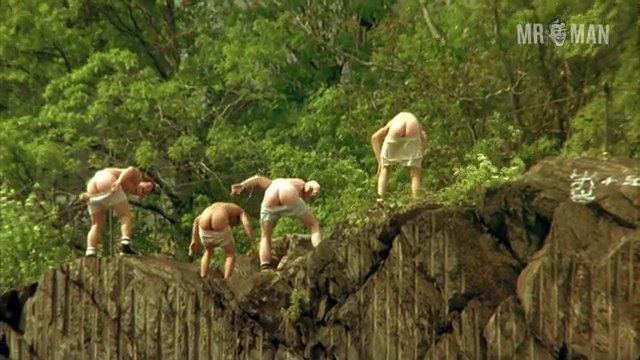 The Basketball Diaries (1995)
Nude, butt, underwear, shirtless 00:25:45 Fine foursome Leonardo DiCaprio, James Madio, Patrick McGaw, and Mark Wahlberg climb a cliff in their boxers, moon a ferry, then go for a dip. A little something for everyone! 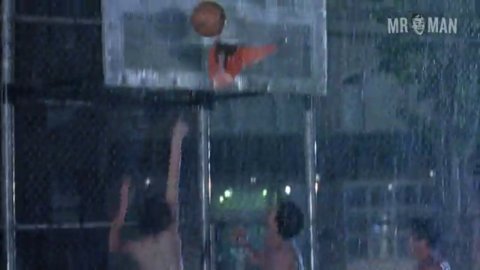 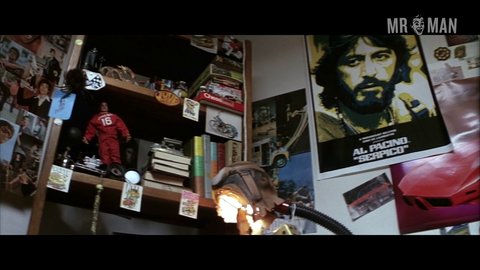 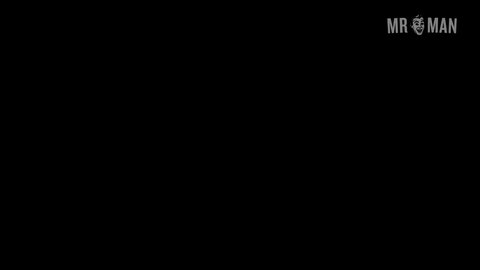 Born and raised on the tough streets of Boston, Mark Wahlberg spent his youth addicted to drugs, running with street gangs, and committing random acts of violence before he ended up in prison. Luckily for all of us, Mark decided to turn his life around and put his bulging biceps to better use than pumping iron in the yard. Mark had been an original member of the boy band sensation New Kids on the Block with his brother Donny Wahlberg, but dropped out. In 1991 he went solo (and shirtless) with Marky Mark and the Funky Bunch, recording the hit single Good Vibrations. Feel the vibration? Oh, we do Mark, we definitely do.
Mark used his eye-popping bulge to sell Calvin Klein underwear before making his big screen debut in the Danny DeVito movie Renaissance Man (1994). Since then it’s been hard to find a movie where Mark keeps his shirt on! Mark shows some skin in The Gambler (2014), The Big Hit (1998), Ted (2012), Shooter (2007), Rock Star (2001), Lone Survivor (2014), Four Brothers (2005), Deepwater Horizon (2016), Daddy’s Home (2015), and Broken City (2013). Whew!
One of our favorites of Mark’s nude roles is in The Basketball Diaries (1995). Marky shows off that ripped, ravishing chest while playing basketball and then brings the booty when he pulls down his shorts to moon someone! Mark shows off that tight tush again in The Corruptor (1999). We get a great look at Mark’s amazing abs throughout the film and then we get a peek at that pert patoot while Mark lies naked on a massage table! Last but not least, Mark’s sexiest role has to be that of Dirk Diggler, a well-hung porn stud based loosely on John Holmes in the 1997 flick Boogie Nights, set in the Golden Age of X-rated cinema. The movie even included a shot of what was supposed to Mark’s mouth-wateringly massive member at the end. But unfortunately, it’s a phony baloney. Come on Dirk, let’s see that Diggler!

1 Pic & 1 Clip
Nude, butt, shirtless 00:58:36 Marky Mark reads on the toilet, showing a little side ass, while Garett goes shirtless and tattooed in the shower, When he steps out, it's a butt bonanza.

The Corruptor (1999) - as Detective Danny Wallace