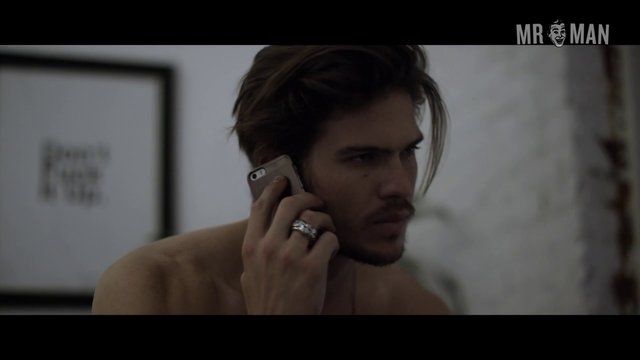 On the Horizon (2015)
Sexy, shirtless 00:00:15 Tyler Johnson works his amazing hair and bod while paling around with his girl.
advertisement

Montreal based auteur Pascal Payant has been making short films—Something in the Way (2008), Opium (2009), and Love Requiem (2010) among them—but he made his first big splash with his debut feature, On the Horizon (2015). The film presents the aftermath of a bad road trip and the effects that it has on two lovers. It was reportedly made on a budget of only $85,000, and we can’t help but wonder if they couldn’t afford clothes for the actors in some of these scenes, but you won’t hear us complaining! Very early in the film we see scruffy stud Tyler Johnson without a shirt on while he fools around with a young woman, and we see him similarly shirtless in a slow motion montage that also features the insanely ripped Alex Lundquist walking around. Sure, the rising sun burns pretty warm, but it’s got nothing on the hotties of On the Horizon!