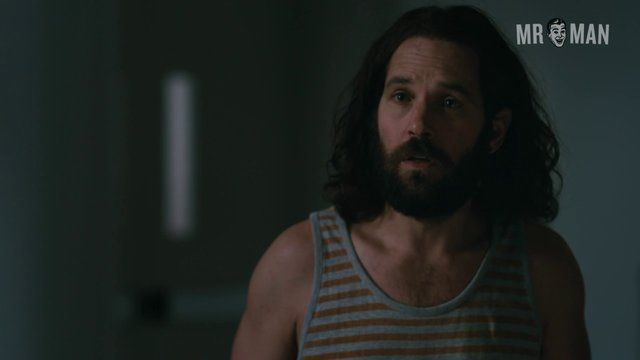 Our Idiot Brother (2012)
Nude, butt, penis, balls, shirtless 00:33:11 Steve Coogan covers his junk after getting interrupted from some sexy time, but fortunately gives us some epic back sac and back penis while bending over!
advertisement

Paul Rudd plays the title role in this comedy about a happy go lucky hippie who lives and works on an organic vegetable farm until he gets caught selling pot to a cop and ends up in jail. After his release from the slammer, he goes to live with his uptight sisters and his free living ways affect their lives in a variety of different manners.

Paul is good looking, very funny and extremely likable in this sweet comedy. In one scene he poses nude for an artist and we get some good sidage as he sits naked on the floor. He also has a couple of shirtless scenes. In another scene he finds himself helping his brother in law, played by Steve Coogan, who is shooting a documentary about a ballet dancer. He walks in on the two of them “shooting” a scene. His brother is law is fully nude. We get an explicit rear shot as he bends over to pick up some car keys and a frontage shot with him using just his hand to cover his package. His body looks fantastic and he is covered in sweat. The scene is played for laughs, but will have you “rehearsing” with the dancer in your jeans as you watch the scene unfold.