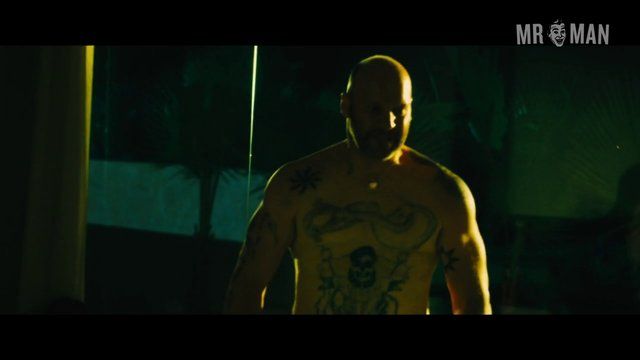 Our Kind of Traitor (2016)
Nude, butt, straight, shirtless 00:15:00 Tony Bennet bares his butt while he bangs a lady!
advertisement

Our Kind of Traitor stars Ewan McGregor as Perry Makepeace, a college professor snared into helping a Russian defection. Makepeace just wanted to have a jolly vacation with his girlfriend in Marrakesh, but he ends up befriending rowdy Russian money launderer Dima (Stellan Skarsgård), and getting drawn into a web of intrigue. Dima wants him to deliver a USB drive to British intelligence, a plan that surely couldn’t go wrong. Right?

Now let’s get on to the really juicy spy action- who gets naked for this flick? You would think Ewan would drop trou as he usually does for his film roles, but he surprisingly stays covered up. Still, we do get bare buns from Tony Tennant at the 15 minute mark, and Stellan Skarsgård one ups the nude ante by going full frontal 45 minutes in! Our Kind of Traitor has our kind of nudes!