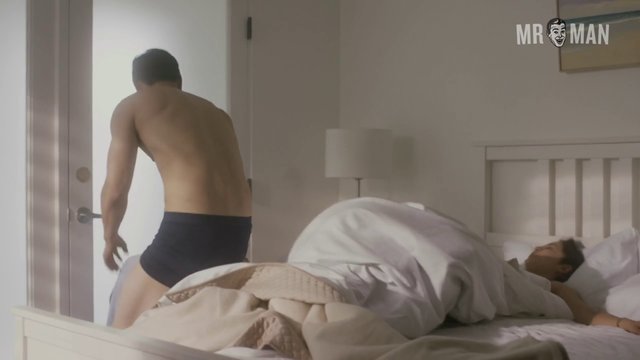 In high school Peter (Harry Shum Jr.) and Joanna (Kina Grannis) made a pact that if they were both still single at 30 they would get married. After high school, the two go different ways with their lives and lose touch. Twelve years later at Peter’s 30th birthday party, Joanna suddenly shows back up in his life. When they both find out they are single they decide to stick with their pact and see where it leads them.

The pact leads Harry Shum right out of his clothes as he wakes up in bed with a woman then climbs out of bed and gets dressed. We get to check out his fine, fit body in his boxer briefs as he pulls on his pants and shirt. Eric Ochoa snuggles in bed with a woman after getting busy with her. As they chat, we get to see his nice pecs and biceps.