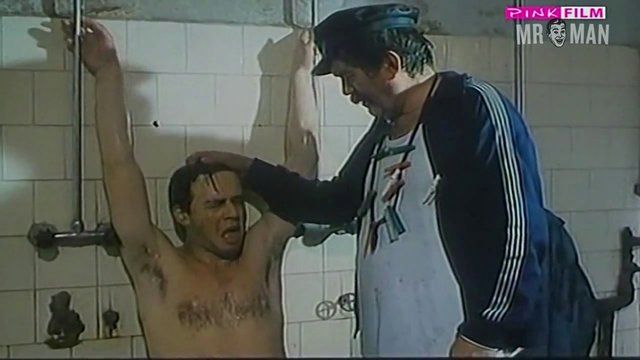 Smeker (1986)
Nude, penis, shirtless Zarko Lausevic has a truly yummy bod, and doesn't mind showing off every inch of it in this amazing full frontal shot! After getting stripped down to his birthday suit by some dudes, Zarko sits with his junk on full display, then gets carried to a table where he continues to flaunt dong! 1986 was a good year apparently!
advertisement

Smeker (1986) is about the power of infatuation and the pain of separation. Pavel (Zarko Lausevis) is a young man who, along with his girlfriend, lives the life of a street rat. Between the boozing and debauchery, the two possess a unique relationship that’s put to the test when Pavel heads off to war. While enduring the brutality of serving his country, his girlfriend turns to lascivious modeling in order to pay the bills. While away Pavel notices his girlfriend nude in a magazine, and after escaping the army to investigate finds out who his friends really are. We’re just glad that Zarko took the lead from his on-screen girlfriend and dropped trou in Smeker! In one super sexy scene watch as he shows his nice dong and cute body while being man handled. You’ll smack it to Smeker!