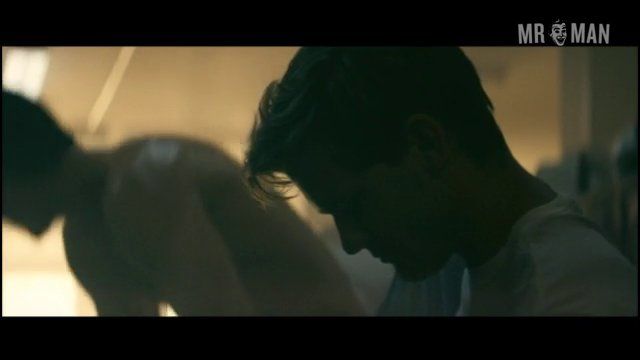 Stonewall (2015)
Nude, butt, underwear, gay, shirtless 00:12:40 Karl Glusman of 'Love' fame shows off his sick body and sexy bulge while hitting up a guy in the men's locker room.
advertisement

With all the controversy surrounding Roland Emmerich’s sure-to-be-infamous movie adaptation of the Stonewall riots, we at Mr. Man find redemption in the flick’s insane amount of gorgeous men! Stonewall (2015) is about the events surrounding the 1969 Stonewall riots in Greenwich Village, which are considered to be a turning point for the advancement of LGBT rights in the United States. Our window into these real life events is through a shunned small town gay youth, Danny (Jeremy Irvine), seeking refuge in New York City. He befriends a rag tag group of likeminded LGBT youths who hang out at The Stonewall Inn. Through their experiences we see the pain and suffering inflicted by a largely homophobic society as their emotions come to a breaking point when the first brick is thrown, and the demonstrations begin.

Director Roland Emmerich is himself gay, and usually known for big budget blockbusters such as Independence Day (1996). Taking on any event as storied as the Stonewall riots is always going to be a challenge, but with a largely white cast and the omission of portions of the queer population integral to the 1969 demonstrations, Emmerich found himself with a movie more controversial than he had imagined. With that said, we can’t help but love the lineup of gorgeous studs in Stonewall. The alluring Jonny Beauchamp shows off his trim bod and great bulge in a number of scenes, while Karl Glusman of Love 3D (2015) fame shows off that tight ass. Of course Jeremy Irvine, Jonathan Rhys-Meyers, and more join in on the fun by flaunting their chiseled bods. Do your holes a favor and watch Stonewall for the gorgeous dudes!