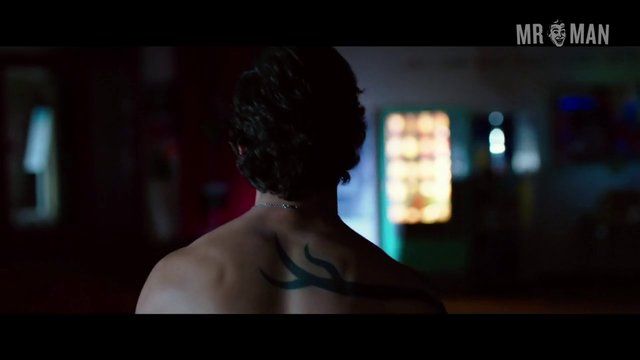 Suck Me Shakespeer 2 (2015)
Nude, butt, underwear, shirtless, bulge Elyas M’Barek is such a beefcake as he pulls down his adorable undies to reveal an even cuter butt. The onlookers don't know how good they have it!
advertisement

The sequel to the German comedy Fack ju Göhte (2013) (an intentionally misspelled version of Fuck You, Goethe which was called Suck Me Shakespeer in English releases), Suck Me Shakespeer 2 (2015) continues the comedic crime caper. The first film reminds the viewer of the Martin Lawrence comedy Blue Streak (1999), in which a burglar leaves stolen goods hidden in a construction site, only to get out of prison to find that the building has been completed. In Blue Streak, it turns into a police station while in Suck Me Shakespeer, it’s been made into a school. This leads the our clueless criminal into getting a job as a substitute teacher, and in the sequel, taking his class on a school trip to Thailand. The sexy sequel also features Lucas Reiber. This boyish babe can be seen beachside, chasing after girls in his bathing suit, and showing off that bangin' beach bod. Volker Bruch also appears shirtless. We’d love to order Bruch for brunch. We’ll also see the beefy Elyas M’Barek and his beefy bulge. Not only that, but he’ll soon drop his underwear to show off his righteous rump. We’d love to get humped by that rump.