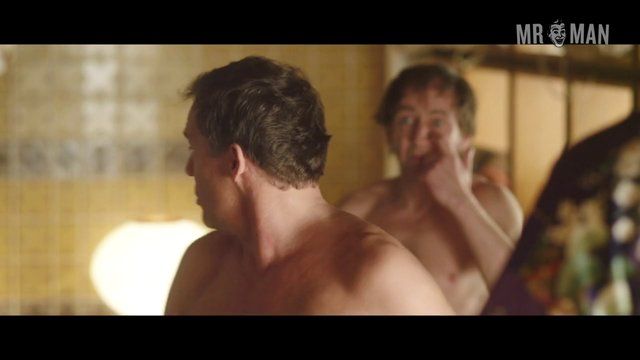 Sushi in Suhl (2012)
Nude, butt, penis, balls, shirtless Thorsten Merten and Christian Tramitz strip out of their clothes at the spa, baring butt, balls, and boinker before getting in the pool!
advertisement

Sushi in Suhl (2012) is the story of a chef that prepares Sushi, in a German town called Suhl - but it goes much deeper than that. In the sixties, German Chef Rolf Anschütz (Uwe Steimle) decides to surprise some of his favorite customers with a dish he saw in his travels, completely unheard of in Germany, authentic Japanese Sukiyaki. What was meant to be a fun treat for a handful of loyal patrons gets the attention of the town when people can't stop talking about it - even the local paper eventually writes a review. A skeptical group of Japanese travelers make their way to the restaurant and demand that they get a chance to try this German chef's take on a Japanese staple. Soon, the restaurant is named the best Japanese cuisine outside of Japan, and they retool the spot to offer a completely Japanese menu. Part of their renovations include the addition of a Japanese bathhouse, which will feature the naked bods and rods of Thorsten Merten and Christian Tramitz. This is one spa you'll want to visit, but just watching will have your windows steaming up.