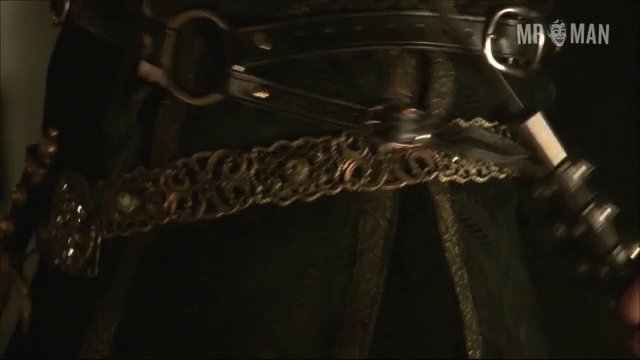 Sixteenth-century England was a more salacious time than one would expect -- Amongst the beheadings and annulments and church-building was plenty of royal randiness in the house of Tudor -- and at the center of it all was young Henry VIII, the star of the Showtime drama The Tudors. As the oft-married king, lucky Jonathan Rhys Meyers gets to stick his scepter into a never-ending parade of lusty ladies-in-waiting who are more than willing to doff their finery for some kingly coitus.

Randy Rhys-Meyers bares his bankable bomb of a bum in this TV drama.  We could fall asleep on that soft spank magnet, dreaming of royalty and so much more.