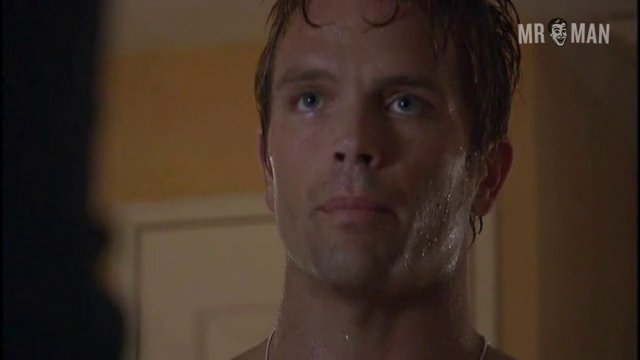 Witchblade (2001)
Nude, butt, shirtless Ep. 01x10 Blue-eyed stunner David Chokachi will have you choking something when he gets out of the shower nude!
advertisement

Witchblade (2001) is based on a comic and has been brought to the TV screen to follow detective Sara Pezzini played by Yancy Butler who is also the bearer of the Witchblade. What is the Witchblade? It's a powerful gauntlet bewitched with a will of its own. It's an ancient amulet that chooses a person to be merged with and it has chosen Sara.

There is something else bewitching about Witchblade and that's blue-eyed hottie David Chokachi who might make you choke when he steps out of the shower totally nude. We'd love to merge with his witchblade.