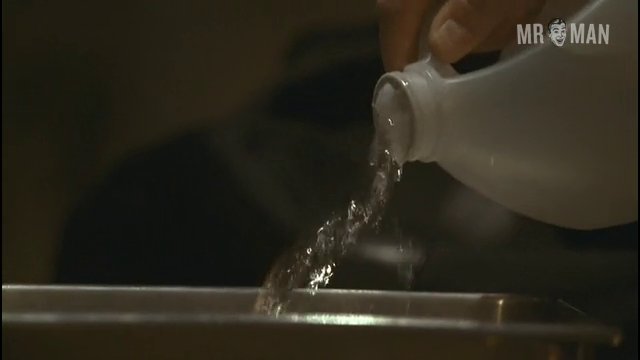 This high concept drama ran on Fox TV from 2001 to 2010 and revolved around C.T.U. agent Jack Bauer (Keifer Sutherland), a man who can’t catch a break, but can usually catch an assassin, terrorist, co-worker gone rogue, or the heart of a fair damsel.   Each season skincompasses one day, and it seems as if there is never a 24 hour stretch when the United States, much less the entire world isn’t in danger and there is only one man who can save us…Jack Bauer.  The series begins with “Day 1” which follows an attempt to assassinate President David Palmer (Dennis Haysbert).  Each day after is filled with subplots, misdirection, action and enough intrigue to keep you hooked through even some of the most ridiculous plot twists.  What “24” isn’t packed with is nudity.  This is broadcast TV after all.  In fact Jack is so nimble during “Day 1” that he manages to never lose his shirt.  Things change a little in “Day 2” when we see (very briefly and from the side) a naked Jack Bauer being tortured by some evil doers. That seems to be the m.o. for Jack’s exposure.  We either see him in partial states of undress while being tortured or in brief shirtless scenes revealing the scars of that torture as well as Keifer’s well chiseled chest.  Despite the lack of secret agent flesh, this series is worth spending time with.