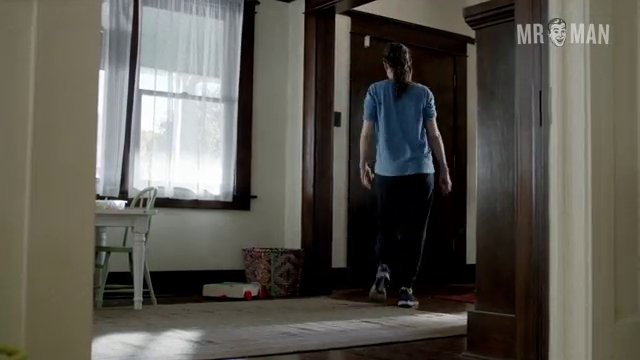 The melancholic HBO series Togetherness follows Brett Pierson (Mark Duplass), his wife, Michelle (Melanie Lynskey), and their two kids, living in Los Angeles, trying to keep their marriage fresh and meaningful after a decade. With the big 4-0 closing in on them, they’re seeing life in a different light. Enter Alex (Steve Zissis), Brett’s broke best bud that’s been given the boot from his apartment, due to his lack of cash. When Alex thinks about ditching L.A. for a more prosperous locale, like a good friend, Brett offers him a room in his house. Enter Tina (Amanda Peet), Michelle’s wreck of a sister visiting from Houston. Worried about her sis’s sanity, wifey insists on her staying, leading to the Pierson’s home to become crowded. Since it’s HBO, we’re expecting a lot of nudity from this new series. The debut episode gave us some shirtless action from both Ken Marino and Mark Duplass. These are two dudes that will have your hand getting together with your privates!