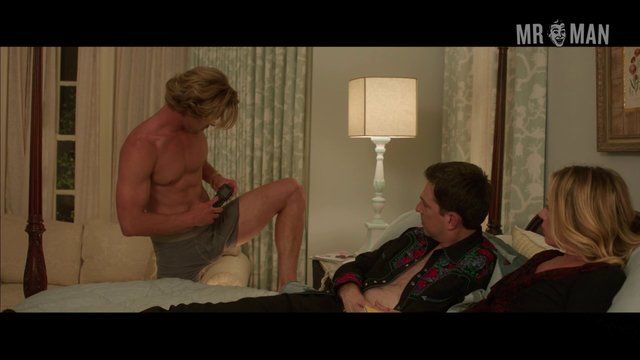 The fifth installment of National Lampoon's Vacation series comes as an almost-remake of the first film, but this time, it's Clark Griswold's son that's out to make a mess of his life. Rusty, played by Ed Helms, is painfully similar to his father—not only is he relatively clueless, but he thinks it's a good idea to drive his family all the way across the country to Walley World. With his wife Debbie (Christina Applegate) and his two sons Kevin and James (one of which is undeniably evil), they embark on the most miserable trip of their lives. They end up being run down by a truck driver, are coerced into swimming through a sewage dump, lose their car and all their possessions, and ultimately realize that their family is crumbling before their very eyes. Luckily, we get some relief when Rusty and the gang go to Texas to stay with his sister Audrey (Leslie Mann) and her hunk of a husband, Stone Crandall (Chris Hemsworth). Chris is always packing muscle, but this time, he's also packing. His massive prothestic penis makes for one crazy bulge, and it even sticks out the bottom of his shorts at one point! This is a vacation from reality we really, really don't mind.