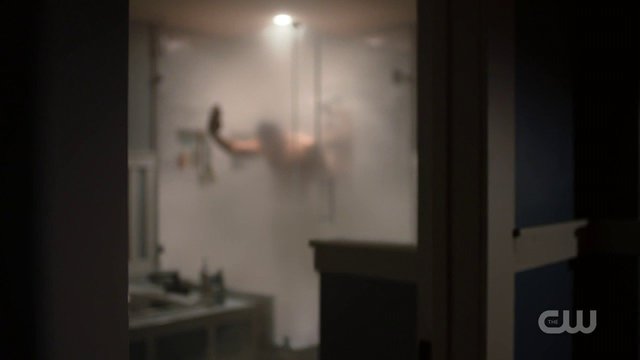 Black Lightning (2018) is the story of famed DC legend Black Lightning. Jefferson Pierce (Cress Williams) decided to hang up his superhero suit and put away his secret identity, but his daughter believes in justice and a local student gets recruited by a gang. He becomes convinced that he should put the suit on and take on the fight as Black Lightning.

Cutie Cress Williams is exactly the hero that we want! With an insanely buff bod like his, it's no wonder he's a superhero. Take a look at his muscles and happy trail when he is taking a shower. Heroes have to stay clean, too! But it's making us think really dirty things.