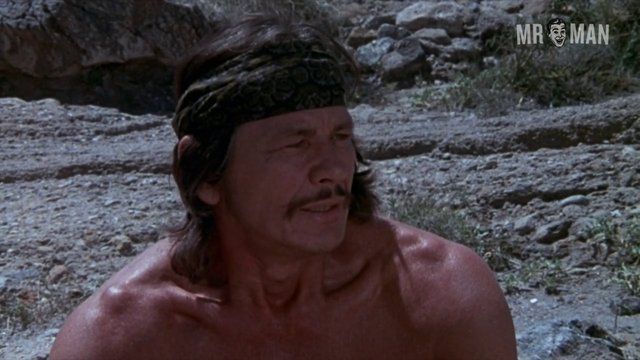 Chato's Land (1972) makes yet another convincing case for why white men should never have entered Native American territory expecting to leave with any sort of mastery. This time, Chato (Charles Bronson) is a Native American trying to order a simple drink at a local bar. He's denied service and taunted by a white officer, who threatens to kill him for being a "redskin." In defense, Chato kills the officer and is immediately hunted by an angry mob. They trace him back to his home, where his wife and son live and kill one of his friends, sparking a slow, steady revenge. The bonus? He exacts his plan mostly shirtless, showing off his taut torso and tiny loin cloth!