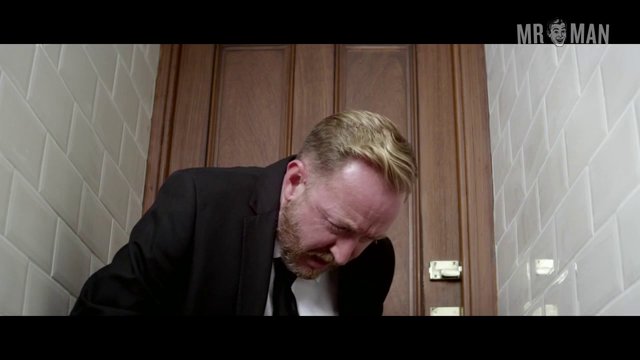 Cucumber is one part of a trilogy of interconnecting shows (the other two being Banana and Tofu), set across three channels, written by Russell T. Davis of Queer as Folk fame. The vegetable-named series is set in Manchester and follows 46-year old Henry Best, (Vincent Franklin), an insurance salesman that is in a long-term relationship with his boyfriend Lance (Cyril Nil). Though Henry is in love, his boredom and dissatisfaction with his sex life with Lance has his eye wandering more than usual. Their relationship becomes strained when Lance marriage proposal is received with a ‘no’, causing the two start revisiting their past and inexplicably leading to a ill-fated threesome with some dude (Peter Caulfield) that is as sexy as he is crazy. With their relationship fractured, Henry starts to pursue the 19-year old hunk Dean (Fisayo Akinade) that works at his office. The pilot episode provided some promising and pleasing nudity, mainly of the butt-baring, penis-flashing kind from Peter Caulfield, along with shirtless action from James Murray and Vincent Franklin. Fisayo Akinade jumps in to tease a look at his balls. Cucumber is going to show a lot of cucumbers!