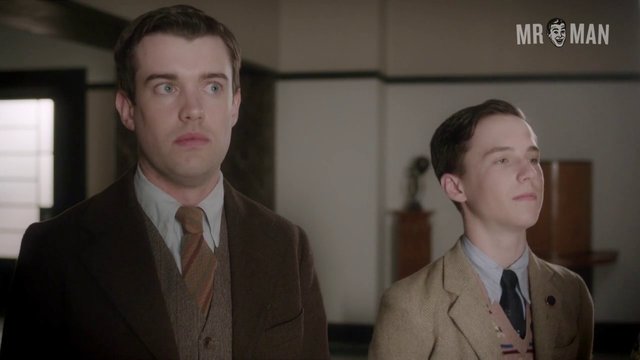 Decline and Fall is a TV miniseries starring none other than the adorable comedian Jack Whitehall! The BBC production, based on Evelyn Waugh's novel of the same name, follows the well-meaning Paul Pennyfeather (Whitehall) as his life takes a turn after a truly Mr. Man-approved event. The Oxford student is tricked into going nude in public, only to be busted by the powers that be. Paul is expelled and must resort to teaching unruly children in a rural community.

When we say "nude in public" we mean it, and in the super sexy shot we get to see Whitehall run around with just his hands covering his junk! There'll be white-all over your hands!