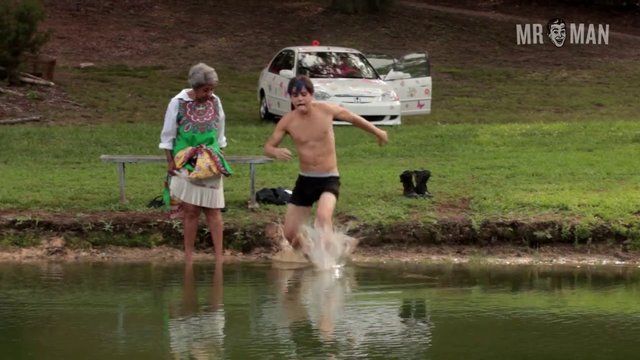 Grantham & Rose (2015)
Sexy, underwear, shirtless 00:21:20 Super hunk Jake strips down to his boxer briefs before jumping into the water.
advertisement

Grantham played by Jake T. Austin is a 17 year old who is trying to figure out how to become a real man in the film Grantham & Rose (2014). Jake goes on a spontaneous road trip when the feisty Rose, an 80 year old woman played by Marla Gibbs, offers to take him on a once-in-a-lifetime trip that will change his life.

This heartwarming film warms some of our other parts when smooth Jake strips down to his briefs. Who can get enough of his sexy body? He only wears a towel at one point while talking to a girl. How is she keeping her composure? We'd be snatching that towel off to see even more of Jake.