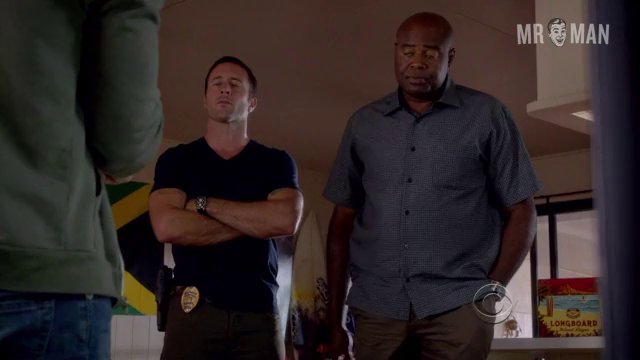 A Naval officer returns to Hawaii to find his father's killer on the USA series Hawaii Five-0 (2010-). Steve McGarrett (Alex O'Loughlin) returns to his home state of Hawaii after his father is murdered; Hawaii doesn't have a state police force, so the Governor offers McGarrett the chance to head his own task force (known locally as a "Five-0") to solve the crime. Joining him are his second-in-command Danny "Danno" Williams (Scott Caan) and top cops Chin Ho Kelly (Daniel Dae Kim), and Kono Kalakaua (Grace Park). As the series goes on, the Five-0 branch out to solve a variety of crimes, the most scandalous of which involves unpaid parking tickets and a shirtless Nick Jonas. Add a pair of handcuffs, and you've got one hell of a Friday night.