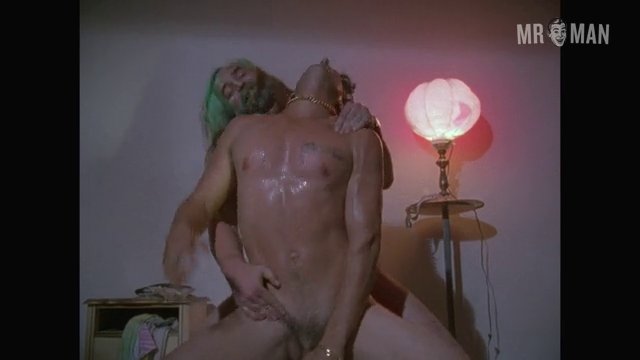 Hustler White (1996) is just what you’ve always wanted to see—a satirical black sex comedy about gay hustlers and those they pleasure for pay. Set in West Hollywood, the film follows European writer Jürgen Anger (Bruce LaBruce) as he strolls the streets of California, researching gay prostitution and the pornographic scene in Hollywood. New to the country, Jürgen hires male prostitute Monti (Tony Ward) to be his tour guide, and to give him insight about his line of work. Little does the inquisitive writer know that earlier in the day, Monti stole a car and ran over the foot of fellow hustler Eigil (Kevin P. Scott), leading to an amputation. Monti’s no angel! As Jürgen hears one twisted tale after another, he begins to crush hard on his grand theft auto buddy.

Nude - as Slave Tied in Wheelchair

Nude - as Escort with Wonderbread Condom

Nude - as Slave Hanging from Ankles